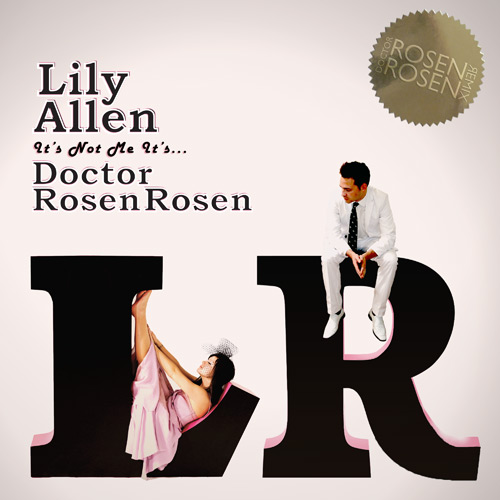 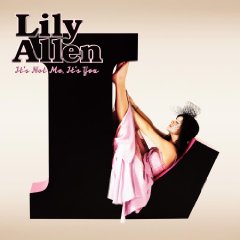 Dr. Rosen Rosen, a remixer from Los Angeles, has stretched the envelope of what we know as remixing with a total remake of Lily Allen's lastest release, It's Not Me, It's You.

He has taken her vocal tracks, discarded the rest of the music and written, recorded, and produced new backing tracks for Lily's vocals and accomplished the dramatic and unlikely result of producing an album that is both different from the original and totally wonderful. And his remix album is available for free download right now, right here.


Check out the above comparison of the original and the Dr. Rosen Rosen remix of "Never Gonna Happen" while you read Dr. Rosen Rosen's own description of this project from his website.

I saw Lily Allen for the first time in 2006 while on tour in Iceland. We didn't actually meet face to face and I didn't even catch her name; my introduction was seeing her video for Smile in a crappy hotel room. A few days later I was strolling around a gigantic Virgin Record store in London, when I saw a poster of her and the name... Lily Allen. I snagged her debut record and went home to New York a fan.

Fast forward to 3 years later: Lily Allen is a bonefied pop-star and is releasing her second album "It's Not Me, It's You." I reach out to her US record label to see if they were commisioning any remixes... no dice. Lily was, however, releasing all of the parts to all of the songs on the album so anyone could remix them. Brilliant. I knew I had to remix the whole album.

One thing I really like about Lily Allen is her knack for pairing bouncy music with not-so-bouncy lyrics. My goal in remixing her entire record was to see what would happen if I placed Lily's voice and lyrics into new musical landscapes that were a complete departure from the original recordings. As most of the original album "It's Not Me, It's You" is upbeat (thanks to Greg Kurstin's awesome production) my remixed version "It's Not Me, It's Doctor Rosen Rosen" takes on a darker/dreamier tone. I mixed a lot of organic sounds (pianos, strings, glockenspiel, horns) with dreamy synths, deep basses, and big drums to create a totally new record. I produced, composed, and mixed all of the music you hear. The only original parts I used were Lily's vocal tracks.

I really enjoyed making this and I hope you enjoy listening.

Here's another A/B comparison that really shows the vivid musical imagination that Dr. Rosen Rosen brings to this project.

Listen to "Not Fair (original version)"


The opening riff of the "Not Fair" remix sounds a lot like Imogen Heap's "I Am In Love With You" from Speak for Yourself,

a sound which totally works in this new context. The original version of "Not Fair" seemed to be a somewhat calculated retread of Lily's complaints about partners' sexual inadequacies, but in the Dr. Rosen Rosen remix, these same complaints seem to regain the cheeky appeal that made the first album a delight but might otherwise seem a bit contrived after a couple of years in the celebrity/tabloid limelight. Even more interesting is the inclusion by Dr. Rosen Rosen of an interview clip with Lily where she discusses the guy who the song is about. Now that's some inspired remixing.

Perhaps the biggest improvement in the remix is the song "Fuck You". The original struck me as more of a precious and somewhat gratuitous use of the f-word with a sing-songy chorus that seemed to undercut it's own attempt at shock value. The remix totally remakes the song and even changes the emphasis of the vocal to clearly make the point that the subject of the song is so despicable that he/she totally deserves the full measure that this song is dishing out, it totally makes the chorus seem more justified and less a lyrical gimmick.

Overall the new music in the Dr. Rosen Rosen remix is beautifully conceived and is perfectly recorded and produced. The energy level is a bit lower than the original, which is a real interesting choice. It'll take some time to really discern all the nuances of the Dr. Rosen Rosen version, but that'll be a very rewarding trip. This is a musical achievement of the highest order. Go Doctor!