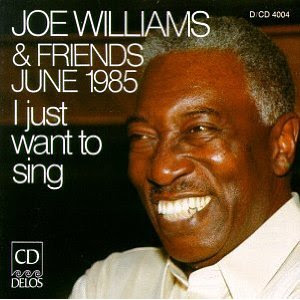 New Occasional Feature: We are in the midst of a major project to digitize our entire CD collection, and as we go we are constantly running across rare, forgotten, interesting, or just plain great records that you just don't hear much. We'll show the album, tell a little about it, stream a couple of tracks, and link to Amazon if the album is still available.

This feature takes inspiration from Mike's Basement, Mike being Mike Marrone, who does one of the best music shows we've ever heard on the radio. You can catch Mike weekday mornings, 6am-Noon eastern on Sirius XM channel 30 - The Loft.

We are also inspired by The Many Moods of Ben Vaughn, another essential radio show. Ben dips into his amazing record collection every week for an hour of rare, sometimes unusual, but always fabulous records. The show is well named because Ben could play anything. The show is only carried on three stations, but two of them stream their signal online; you can tune in every Saturday at 5pm eastern at XPN.Org.

Joe Williams (1918-1999) is one of our very favorite jazz singers; his voice and style is so agreeable and his bands and arrangements so perfect that one of his records can reboot the mood of any room. Joe's music is especially well suited for late night listening. On I Just Want to Sing, Joe has jazz icons guesting on nearly every track, including Eddie "Lockjaw" Davis on tenor sax, Thad Jones on trumpet, John Collins on guitar, and Benny Golson on tenor.

Listen to "What A Difference A Day Makes" Feat. Benny Golson