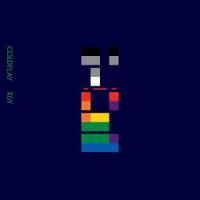 Having never paid much attention to Coldplay previously, I sort of liked "Yellow" but never heard enough of A Rush of Blood to the Head to know it. So why X&Y now? Beyond the hype and media hubbub that surrounded its release, and beyond the $8.99 sale price, it was really Keane that brought me to the Coldplay tent; almost every review of Keane's excellent 2004 debut referenced Coldplay, but I think Keane has already surpassed Coldplay with a facility for writing hook-laden melodies. And with all due respect to Chris Martin, Tom Chaplin of Keane has a falsetto that soars like virtually no one since Jon Anderson's stratospheric vocals defined the sound of Yes.

Much has already been made of Coldplay pumping up the guitar on this record in an attempt to power the album into grand statement territory. I can hear that, but I can also sense that Jon Buckland's guitar ability runs much deeper than the repeating note style that seems to be employed here in an attempt to outdo U2. So, let's review: not quite as melodic as Keane, falsetto not in league with Keane or Yes but used judiciously to best effect here, guitar work is good but sometimes seems to play down to the U2 level. Despite all that, on first listen X&Y sounds great, definitely a disc I'll come back to.

In the classic position (as the titles are grouped on the back of the cd) of what would be side two, track one on a vinyl record, the single "Speed of Sound" encapsulates everything that's great about this album. It starts with Coldplay's signature sound of voice and piano, then the bass, drums, and guitar all are elevated to equal stature making this a true group effort. It may not hook to the extent of "Somewhere Only We Know" but it makes for a great summer soundtrack single.

You could do a lot worse than to listen to Coldplay's X&Y, the Sunday New York Times article by Jon Pareles notwithstanding. To knock this based on the lyrical content somewhat misses the point. Coldplay may have been shooting for an unqualified grand statement, but on first listen the lyrics don't seem to matter so much one way or the other (do we really need to take so seriously lyrics written by someone who named his daughter "Apple"?) but as a grand sonic statement X&Y totally succeeds. Thumbs up.