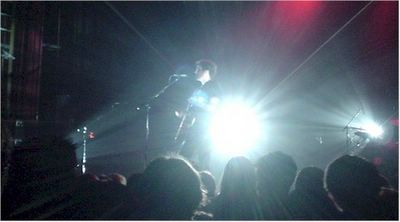 Despite an unfortunate choice of hairstyle, Howie Day and his band sounded great tonight at Town Hall in NYC, headlining an all-Sony/BMG show (thanks to Dave once again for the invite). Unlike the rest of the audience who knew every song at first note and could sing along when needed, I had only just heard Howie Day for the first time on the way to New York, checking out his latest, Stop All the World Now (2004). It's in singer-songwriter territory, but a little more lush with instrumentation than someone like John Mayer with whom he apparently shares a large following among teenage girls.

The band was excellent and had the benefit of a good mix and a good sound system. Day was in good voice and good spirits as well, seemingly impressed that the New York crowd was friendlier than advertised. A little too friendly as it turned out when a fan either too enthusiastic or intoxicated or both, attempted to join Howie on stage. Day responded to the fan's initial shout out with "I remember my first beer." The stage lighting was effective when it wasn't blinding the audience, which it was about twenty-five percent of the time. 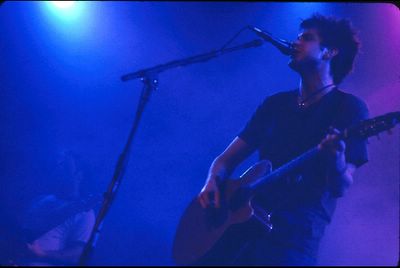 Anna Nalick opened, promoting her debut album, Wreck of the Day (2005), offering a set that skewed more toward hard rock than one might expect based on the record. The band members were all good, especially the guitarist who showed some style during the album's title track with some nice pedal steel. The single, "Breathe (2am)" also benefitted by more acoustic instrumentation; generally the louder material seemed more like rock by the numbers. Nalick's stage presence seemed naturally exuberant, and her like minded fans, also primarily teenage girls, seemed equally thrilled to see her and many lined up in the lobby after her set to meet her and get their cds autographed.

This twenty year old Californian wrote all of the songs on her debut album and was signed by Sony immediately after recording her demos with the assistance of two members of Blind Melon. There's some interesting and catchy material here (I dare you to listen to "Breathe (2am)" several times without it getting under your skin) and lots of future potential. 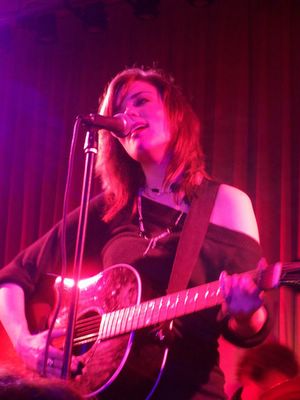 .Anna Nalick at the Canal Room back in May (fan posted photo)