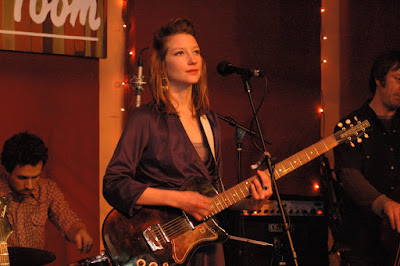 I had the good fortune to catch Jennifer Niceley twice this week as she did a showcase tour of NYC; thanks to Dave from Direct Current for the tip. Performing with guitarist/producer Joe McMahan, Jennifer plays an electrifying synthesis of rock, folk, blues, jazz, and country. Joe's electric guitar envelops the room and sets just the right mood while Jennifer's gorgeous voice closes the deal on every song. 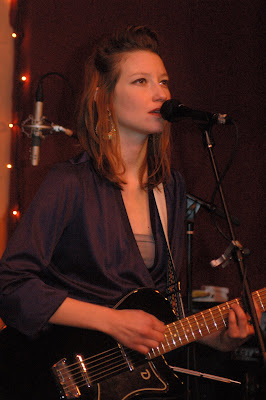 
Just in from Tennessee for three nights of shows (the other was Wednesday at Cafe Vivaldi), they began at the Living Room on Tuesday performing with local musicians and frequent Living Room flyers Jimmy Mercer on upright bass and Rob DiPietro on drums. The set sounded for all the world like these four had been playing together forever instead of having just met for the first time on the day of the show. Mr. Living Room Jimi Zhivago sat in on several tunes and added some beautiful accompaniment on the Hammond B-3. 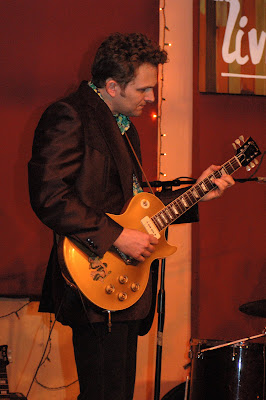 Drawing mostly from Jennifer's excellent original compositions from her latest CD, Luminous, the sets also included some well chosen covers that display an extraordinary depth. In both shows she talked about growing up on a farm near Knoxville and about her father who taught her to play guitar and played her Jimmy Rogers records, then she sang Rogers' "No Hard Times" solo accompanied only by her electric guitar. 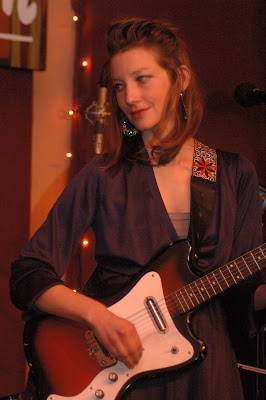 
McMahan's production on Luminous is as powerful as his guitar work. Listen on "Dark Eyes" to how the strings combine with his smoldering, sparking guitar and Jennifer's sumptuous vocal to create a mood that is rich with all the late night smoky tension, emotional anticipation, and utter cool like a soundtrack to a great film noir. The Rockwood set also included "Blind Woman", an inspired cover of "Blind Man" an old Bobby Blue Bland song written by Deadric Malone & Joseph Scott, a song that was also covered by Traffic on Last Exit (1969); Jennifer's version is included on Luminous. 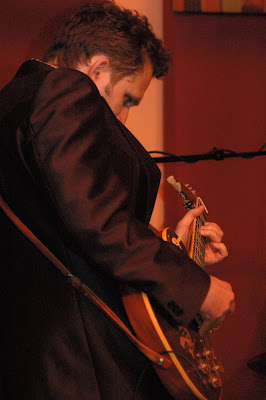 Major label interest in Jennifer was evident at this week's shows, and this major talent may not be unsigned for long. The combination of her songwriting, singing, and McMahan's guitar and production is potent. When she comes to your town don't miss her and in the meantime pick up her CDs. Both she and her CDs are aptly named and well worth your listen. 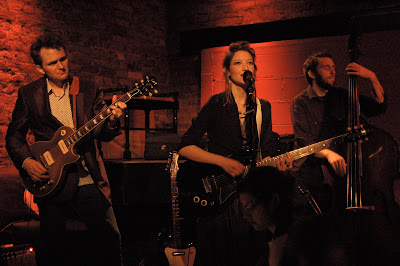 Listen to Jennifer Niceley - "Moving On" (from Seven Songs) 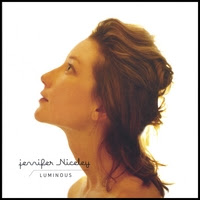 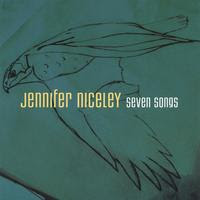