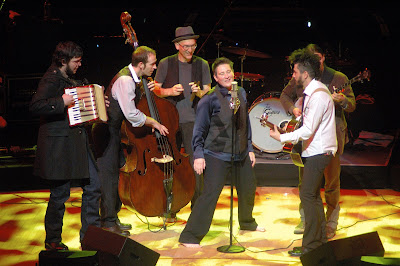 k.d. lang is one of the best singers I have ever heard, she truly has a voice for the ages. And as good as she sounds on her records, in concert her voice is even more compelling. Those who venture out to catch her on her current tour, promoting her new CD Watershed,

are privileged to hear a truly great singer working at the very top of her game. 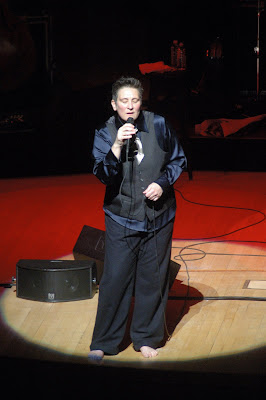 I appreciated k.d.'s music sporadically until she recorded A Wonderful World

(2002), a duet album with Tony Bennett on which she and Tony sang some well chosen standards better than I'd ever heard them done before, with superb production by T. Bone Burnett. k.d. sounds great on that record and she brought out the best in Tony Bennett, the result is one of my all time favorite records. On k.d.'s next release, Hymns of the 49th Parallel

(2004), she covered all Canadian songwriters, with a superb collection of songs including the quintessential version of Leonard Cohen's "Hallelujah". 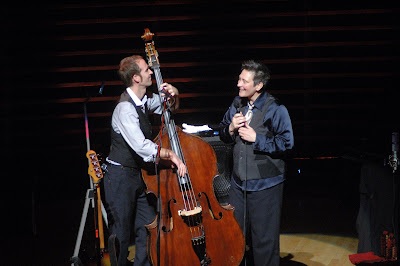 On tour now in support of Watershed,

k.d. played Philadelphia last night at the Kimmel Center's Verizon Hall, a venue that she described as her all-time favorite house. The combination of orchestra hall acoustics and a really great sound system resulted in concert sound quality that dramatically exceeds what the rock or pop audience would dare to hope or expect. From the uptempo songs to the quietest moments, every instrument including k.d.'s beautiful voice could be clearly and cleanly heard in an excellent mix. 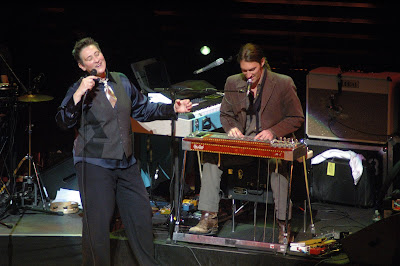 The room was full of adoring and vocal fans, more than a few of whom approached the stage with flowers and gifts for k.d. during the show. The set offered a nice sampling of songs from k.d.'s repertoire including a good number of new songs from Watershed. 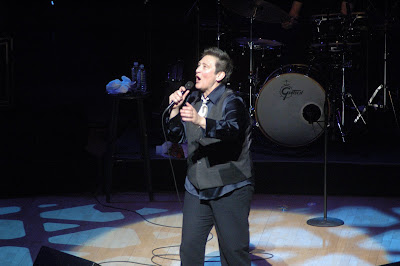 Everything she sang sounded great, but near the end of the set when she got to Leonard Cohen's "Hallelujah", she brought down the house with a stunning, breathtaking performance. This song has been covered by way too many artists in the last few years, but no one does it any better than k.d., who to these ears owns the definitive version. The crowd responded with a lengthy standing ovation, with the extended crescendo of applause rolling nicely into "Constant Craving". The set ended with "Close Your Eyes" from Watershed. 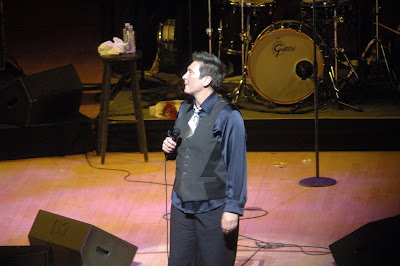 For her first encore song, the band all came center stage to play "Pay Dirt" old timey style (above and below). 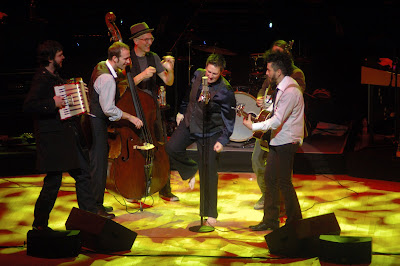 For the second song of the first encore, the band harmonized with k.d. on "Jealous Dog" from Watershed. 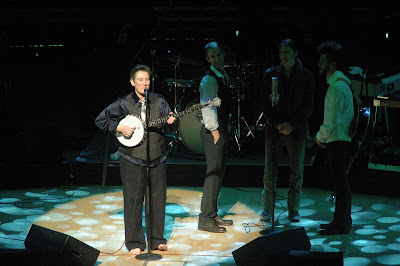 Here's a performance of the same song from a BBC4 session, recorded on 2/15/08 at St. Luke's in London, home of the London Symphony Orchestra.

When the house lights finally came up after the second encore, the crowd left completely satiated by k.d.'s masterful performance. 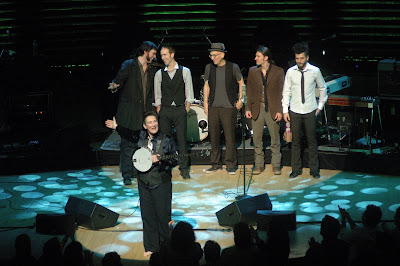 Here's a performance of "Hallelujah" from 9/15/07 at a benefit concert for Elton John's AIDS Foundation. 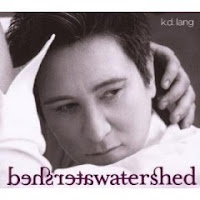 janina said…
hello ~ thanks again for posting such a wonderful review of k.d. lang and photos. i saw her in nyc and it was one of the best ever. behind her was a glass window with the manhattan skyline in an intimate setting.
3/10/2008

DON'T FORGET FOR THOSE IN THE UK - the concert is being REPEATED on terrestrial tv - BBC2 on Friday 14 MARCH.