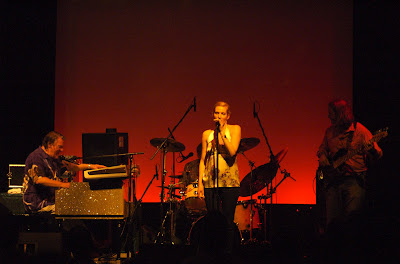 Before reading the following, please start this live version of "Bumpin' on Sunset" from Brian Auger's Live at the Baked Potato DVD/CD.


When F. Scott Fitzgerald said "There are no second acts in American lives," he had apparently never met Brian Auger. While this may not apply based on the technicality that he's actually British, Brian's had quite a few second acts in his career which now spans five decades, but none more satisfying for the audience and most likely for him, both personally and professionally, than the current reincarnation of his Oblivion Express. 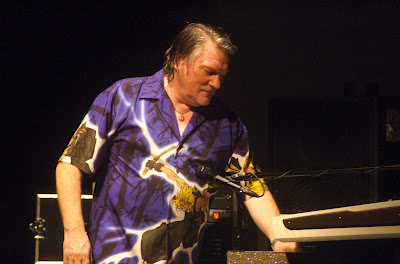 Formed in 1995 as a vehicle for Brian to play with his son Karma on drums and his daughter Savannah Grace on vocals, the next generation Express owes it's existence to the dedication of Karma who not only is a world class drummer but he also handles engineering, producing and road management and probably wears other hats as well in the operation of the band. Savannah sounds great singing the Express' repertoire and she just gets better and better with each passing year. Brian is the unquestioned master of the Hammond B-3 organ and his trademark combination of organ and electric piano is instantly recognizable. And even though the live DVD/CD was recorded on the occasion of Brian's 65th birthday, he hasn't lost even a fraction of a step, here is an artist working at the very top of his game. 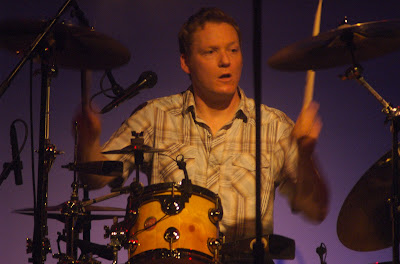 For this tour, the Augers are joined by Andreas Geck on bass who nailed every song and proved to be quite the virtuoso when it was his turn to solo. The music of Brian Auger's Oblivion Express is so great and this band sounds so great performing it, that any opportunity to hear them is a special event, keyboard jazz doesn't get any better than this. 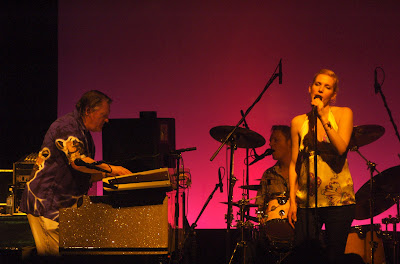 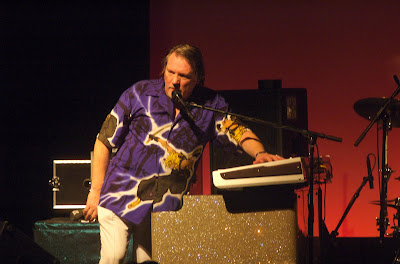 "Season of the Witch" seemed slower and sweeter than in the past, with lots of great electric piano soloing. "Bumpin' on Sunset" is always a highlight of the set, slow, gorgeous, and, well...bumpin'. I've seen them every time through since the reformation of the Express and this was the first time to hear "Pavanne" live and it was a real treat. Before and after each set, Brian and Karma hung out in the lobby with the audience, conversing and signing CDs and even a few old vinyl album covers. When one fan asked Brian what he thought of smooth jazz, he replied "Smooth jazz? It's like jazz with it's balls cut off." 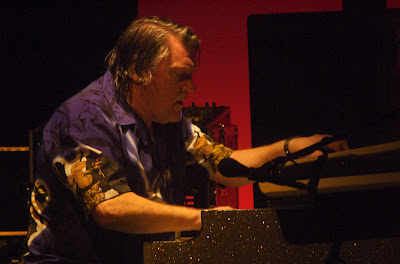 Despite some guy yelling for "Up Around the Bend" (hey man, this wasn't a Creedence concert), they did a superb version of "Happiness is Just Around the Bend" with the recent addition of a Brazillian section followed by solos all the way around, with a return to finish, another highlight of every show. "Compared to What" killed, and left the audience begging for an encore, and all went home happy with "Brain Damage". 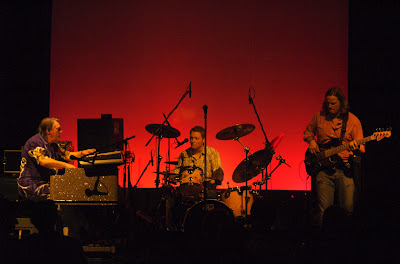 The current generation Express has recorded two excellent CDs of original material with some excellent cover songs which are updates on songs covered by Brian earlier in his career, and both CDs as well as Live at the Baked Potato, are highly recommended. 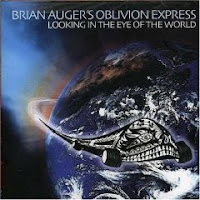 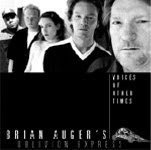 Charlie Ricci said…
I can vouch for everything written here having been at this same show last night. I've never seen such dexterity on keyboards. It was a great night.
3/20/2008