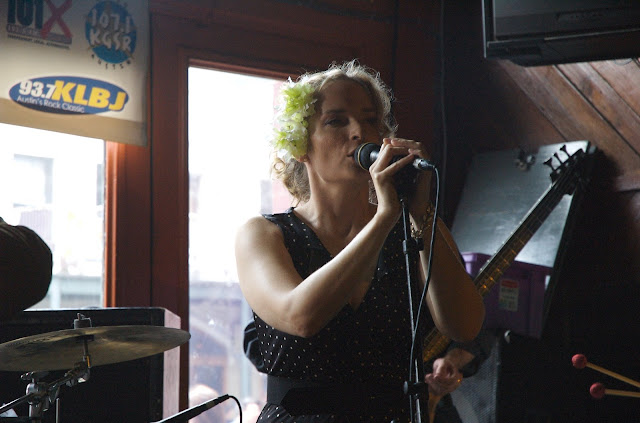 Two Loons for Tea, a Seattle band centered around the duo of Sarah Scott and Jonathan Kochmer, played the Sarathan Records party which occupied a 6th Street venue called Friends for most of Thursday afternoon. Sarah fronts the band with some strong vocals while Jonathan sounds good on both electric and acoustic guitars. Nine Lucid Dreams (2007) is their latest and fourth album for Sarathan; Seattle alternative but decidedly not Seattle grunge. 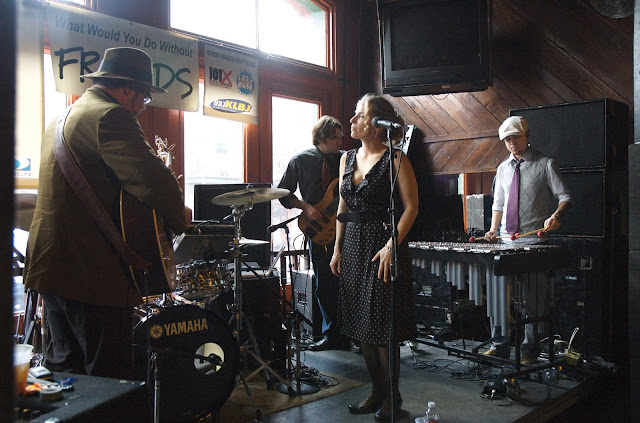