South by Southwest 2008 is now history. It's 2:50 am local time here in Austin. Today was a beautiful end to the festival on all counts. Taking it a bit slower today I began by checking out the trade show, Hut's Hamburgers, and Waterloo Records. Then on to the music, saw two artists that I've known through myspace but had never seen before (Hafdis Huld and Brooke Waggoner), a new singer from Britain whose CD just debuted at number one there but is not yet released here (Duffy), saw several previously unknown artists, and the night and the festival ended with a superb set by Brooke at the Hilton Garden Inn 18th floor. Here's today's complete list:

In a few hours we'll be out of here. When time allows back home, pictures and descriptions for all the shows will post. In the meantime, before I close it down here, I want to relate one of the many amusing moments of the festival which took place last night. After Abra Moore finished her set at the Hilton Garden Inn 18th floor, we stayed for a little of the next set by Shawn Mullins at 1am. Heading out, we wound up in the elevator with Abra Moore and a couple people who were with her. A few floors down, a security guard got onto the elevator, escorting someone who was either incredibly drunk, retarded, or both. He kept repeating some sort of baby talk sounding phrase, over and over, repeatedly, insistently, and wouldn't stop. Everyone on the elevator was sort of freaked out, and Dave looked over and saw that Abra had a look of sheer terror. She and her crew made an excuse and got off the next time the door opened. We did the same at the following floor. A few minutes later, after finding our way down to the lobby, we noticed that the drunk guy was trying to check in to the hotel and the management was explaining to him that he was in the wrong hotel.

Here are a few more random shots from day four: 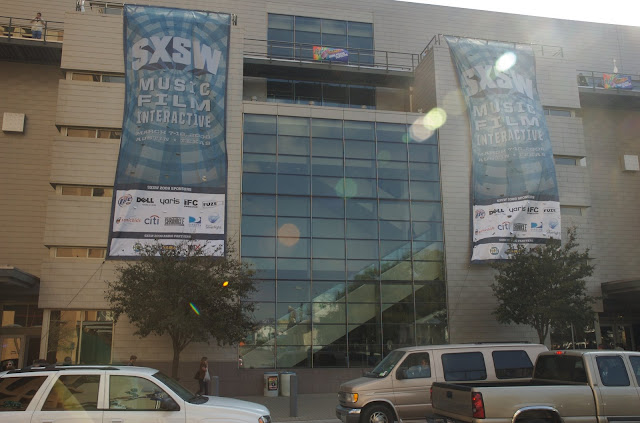 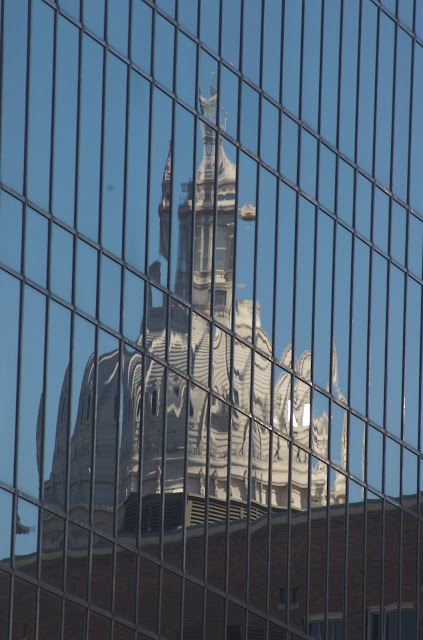 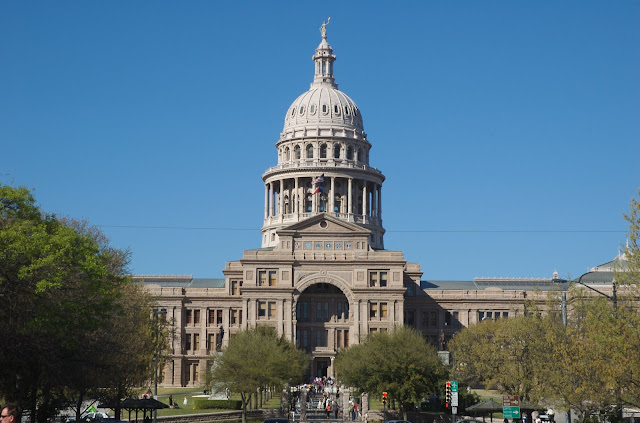 The Capital of Texas. 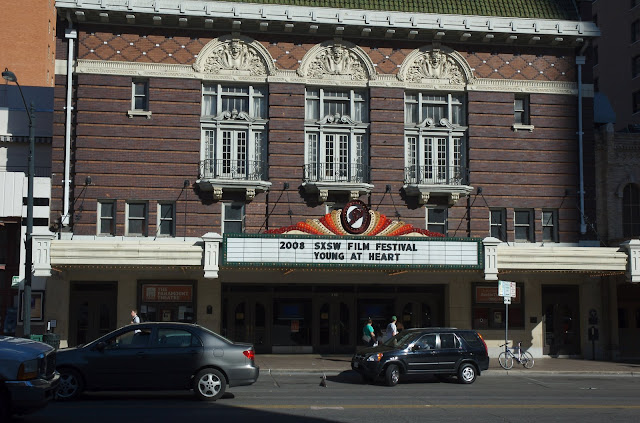 The Paramount Theater, on Congress. 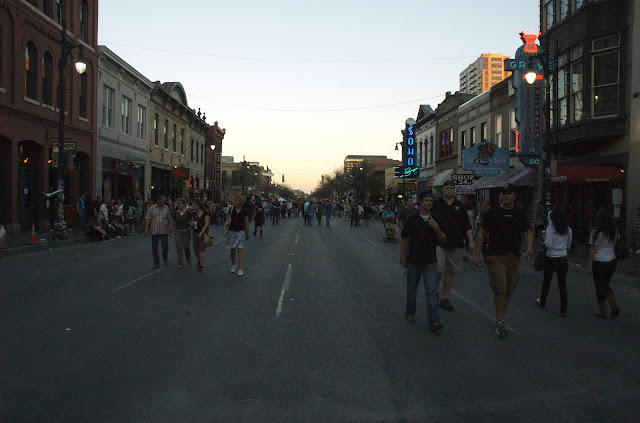 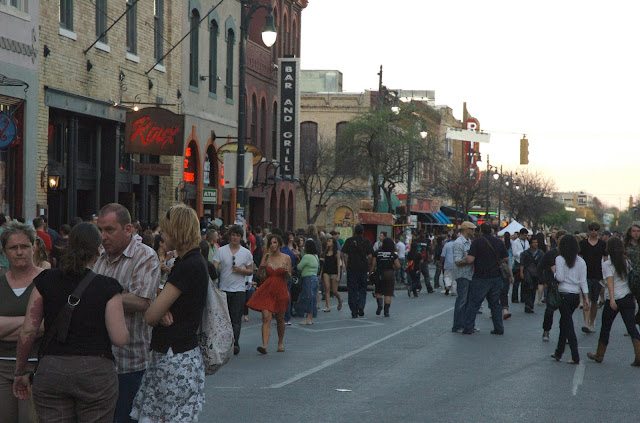 One last shot of Sixth Street.

Anonymous said…
Hey readers, if you were at teh Spin/American Spirit afterparty at Smoke & Music, I was the hessian up front, feeling it hard, who at the end of their set decided it was best to break the audience/band barrier, grab the tambourine and shake-shake-shake. Anyone who has photos, do me a favor:
gorgeousarmadapresents@gmail.com