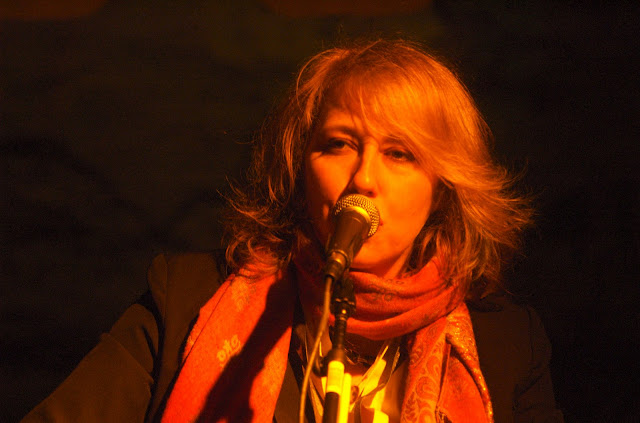 Martha Wainwright had the midnight slot at Club DeVille, and her audience packed the venue tightly to hear a set comprised almost completely of songs from her forthcoming second album, I Know You're Married But I've Got Feelings Too, due June 10th on Zoe. The songs as well as her band all sounded great. As you can see, Martha looks very proper but doesn't hesitate to drop the f-bomb when needed. 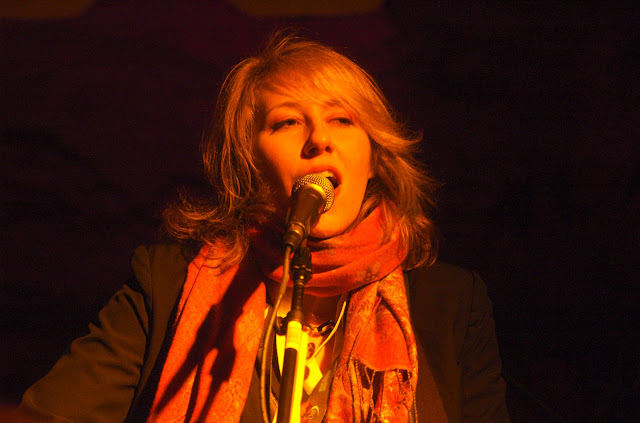 As the band was setting up, the guitar player looked incredibly familiar and yet I couldn't quite place where I knew him from. When Martha did the band intros, it turned out he is Jim Campilongo, a longtime fixture of the Lower East Side (NYC) music scene and when he's not touring with Martha can almost always be found holding down the last slot of the night on Mondays at The Living Room. Jim sounded great playing with this band in their first public performance backing Martha. 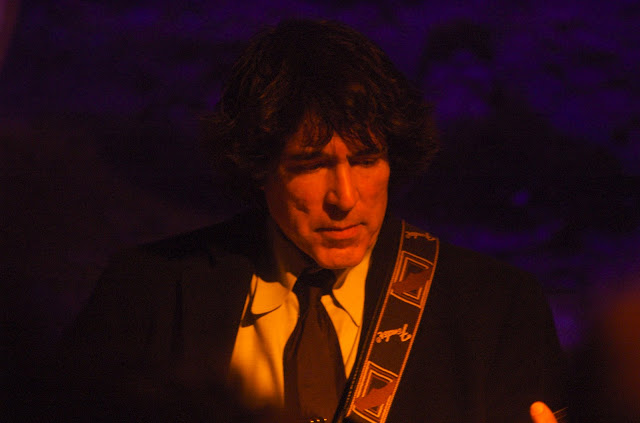