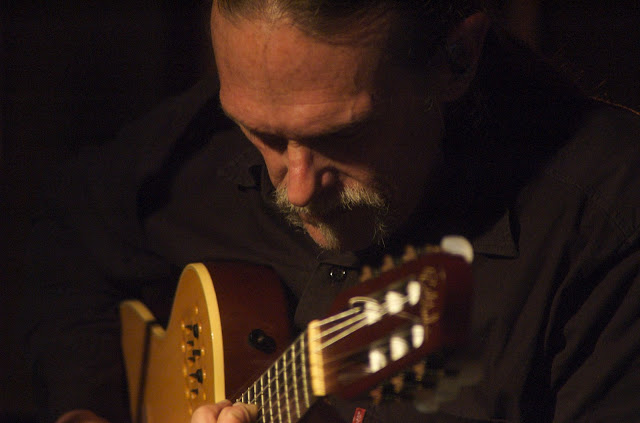 Shawn Phillips has a quite interesting life story that is too long to retell here, but you can click over for a nice summary on the All Music Guide. First heard in this country in the early 70's, he's now got over twenty albums to his credit. He brought more guitars and more electronics with him than most solo performers, but musicianship has always been his calling card every bit as much as his ability as a singer and songwriter. 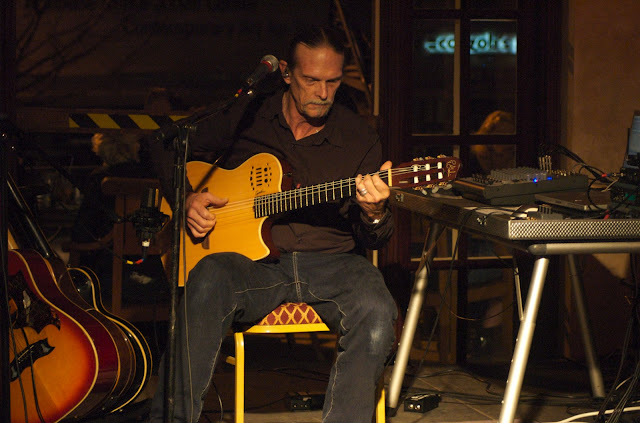 A native of Fort Worth, Texas, Phillips has lived most of his life abroad, mostly in Positano, Italy and more recently in Port Elizabeth, South Africa. You can take the musician out of Texas but the Texas twang still remains in his voice when he speaks, and he mesmerized his long time fans with his music. When the set came to an end, it was all too soon for these fans who have such an infrequent opportunity to see him, that they were none too happy about the seemingly arbitrary rigid enforcement of set times by SXSW, which left them asking for more. 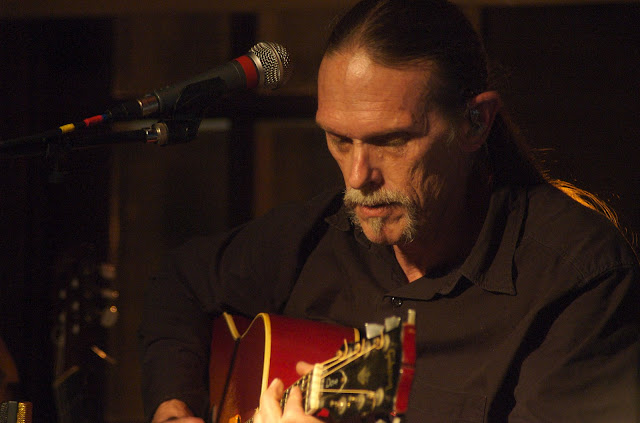