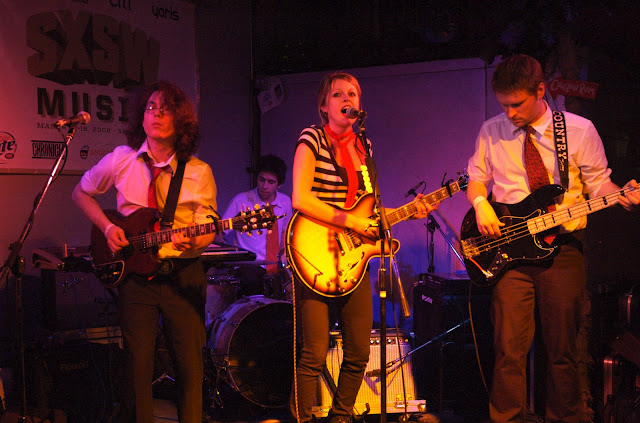 From Seattle rather than Sweden, Kate Tucker has a nice voice and fronts a nice loud band. It was a little hard to assess their brand of indie pop because the bashing drummer tended to outweigh the rest of the band in the mix, but on the slower songs they sounded quite good, good enough in fact to pick up their self-titled debut CD at the show. 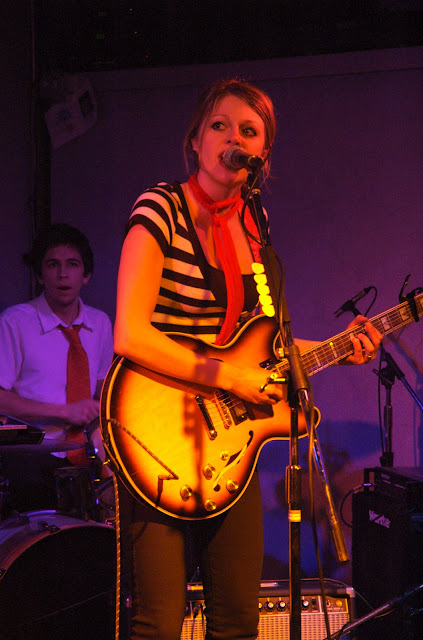 Kate sings and plays rhythm on electric guitar, the lead quitarist sounds good too. Bass and the aforementioned bashing drummer round out this four piece. While the venue Wave has a great name for a bar, it's layout is perhaps as ill-suited for live performance as any venue I've seen so far at SXSW. The steady stream of people going to and from the rooftop performance space have to navigate the very long and narrow building, passing directly in front of the downstairs stage.