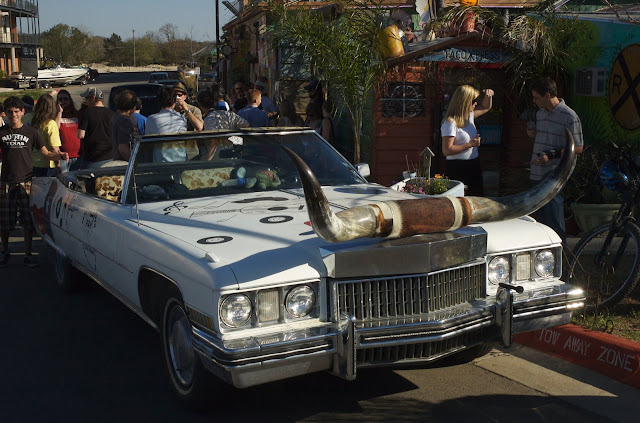 I didn't think anything could possibly top the music I've seen in the first two days here, but last night's Shelby Lynne concert went over the top. She and her band did her new album of Dusty Springfield songs, and as great as the record is, the slow and open arrangements and especially Shelby's vocals were more powerful live than I ever could have imagined or can adequately describe here. I think the world of Dusty Springfield's work but Shelby's versions of these great songs totally surpasses the originals, she owns them now.

In addition, yesterday started at a Spin Magazine party with plenty of hot sun, Texas BBQ (I don't think there is any place in Texas that doesn't have "famous BBQ"), some great disc spinning between the live sets by DJ Pandemonium Jones of Caps & Jones, and some loud ass rock 'n roll. Actually the DJ was our reason for attending, he's the son of my friend Dave of Direct Current. Ben Jelen sounded pretty good, but when the Whigs began to play I found myself putting in earplugs for the first time ever in a long career of concert going.

Leaving the Spin party, just down the street I walked by right on time to see Billy Bragg do a live radio interview and three songs. Took a bus about three miles south of downtown Austin to catch local band the Mother Truckers at a taco restaurant patio which even though it was off the beaten path of SXSW, it was packed. Deana Carter played a great set at the Lone Star Lounge, which like the Bat Bar is actually a television studio/venue in the convention center, also with perfect sound and lighting. The night ended in pleasantly low key fashion with a couple of sets at the Hilton Garden Inn. Here's the complete list for Friday:

Now on to map out today's schedule, the weatherman says it'll be sunny and 86 degrees here. I have a feeling that the music will be even hotter. The picture at the top was taken outside the taco restaurant and is a promotion car for a local Austin radio station. Here are some random shots from 6th Street last night. 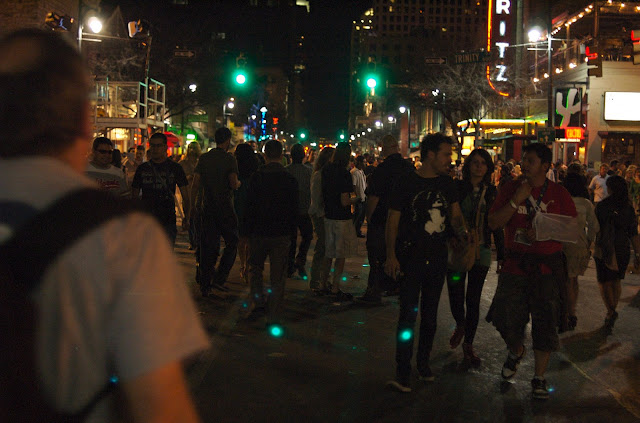 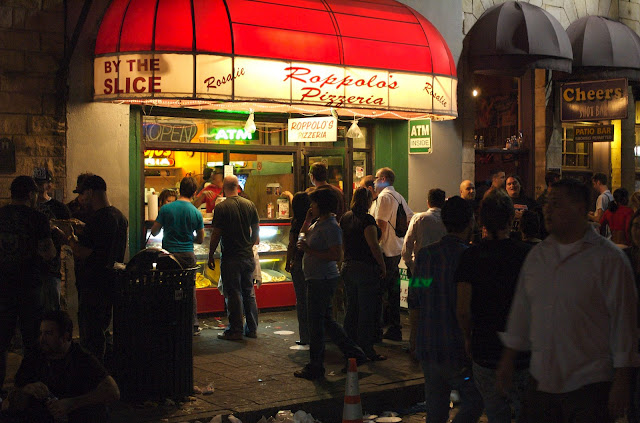 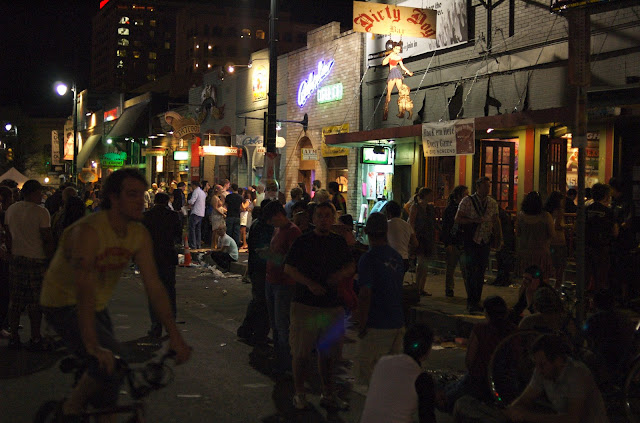