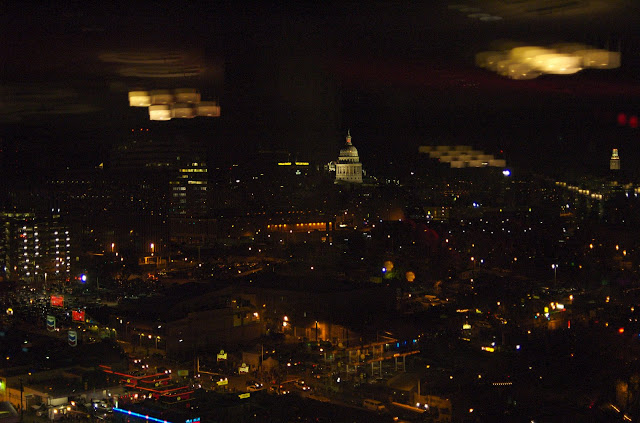 One week later, the magnitude of the four day music festival is only now beginning to sink in. Yesterday, while listening to Astrid Williamson's CDs that I picked up at her show the week before SXSW, I realized that so much music had come and gone since then, it took me half a CD to figure out who she was, where, and when I'd seen her (all three of her CDs are excellent, btw). Having now (finally) uploaded all the SXSW pictures to Blogger, I'm amazed to have seen and done everything in such a short time and without an advance game plan. That at least five of the shows were among the best live music I've ever seen was an unexpected and thrilling bonus.

New artists I'd never heard before, check. Familiar artists I'd never seen before, check. New types of music I'd not normally seek out, check. Favorite artists doing awesome shows, check. Awesome shows by artists I'd never seen before who have now become favorites, check. Many thanks to Dave from Direct Current for the suggestion to go. Finishing all the blog posts is step one in processing the event. There's still plenty of CDs and DVDs to check out, research to do (who are these utterly amazing guitarists, for one), lots of reading material that there was no time to read in Austin, etc. etc. The above photo is the view of Austin from the 18th floor of the Hilton Garden Inn.