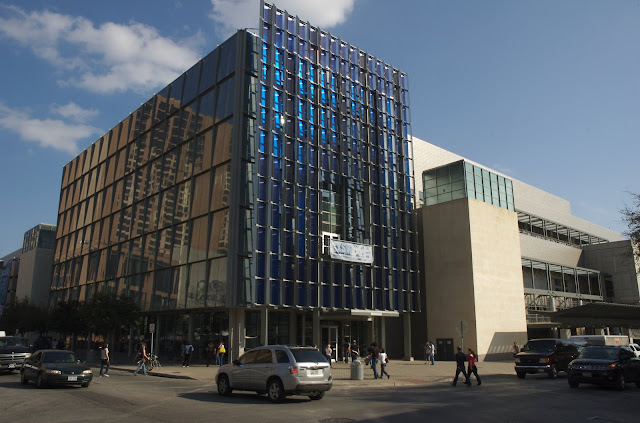 Thursday's events began with a highly interesting panel discussion by four top music photographers. The day's music included two great shows in the Bat Bar which is a section of the convention center's exhibit hall that has been turned into a television studio/venue. The lighting and sound in the Bat Bar is as good as could possibly be, and all the performances are being carried live as they happen on DirecTV. Two sets at the legendary Antone's were among the best live performances I've ever seen (Amy Lavere and Mike Farris) with two of the best guitar players ever. There were two excellent Austin singer-songwriters (Suzanne Cloffel and Maggie Walters). If you look at the list and see Shawn Phillips, yes it is that Shawn Phillips whose career has now spanned four decades.

The night ended at the Victorian Room of the Driskill Hotel with a 1am set by Jimmy LaFave, an Austin singer-songwriter with an amazing band which was so good that it was not only well worth staying up for, but along with the two sets at Antones, and Sia in the Bat Bar, this makes four shows today that rank among the best live performances I've ever witnessed. Adding Jimmy LaFave's guitarist to the two heard earlier at Antone's, that makes three of the best guitar players I've ever seen, all in one night. Click on band names for pictures and descriptions.

Thursday's shows contained so much amazingly great music that if the festival ended now I'd think the trip to be more than worthwhile, but it's only half done - two days to go. Today's forecast: sunny & 92 degrees. Getting ready to map out a schedule for today. Show photos may take a few days to post, the upload of photos to Blogger is taking exceedingly long. Will post as soon as possible. Here are a few random pics from Thursday. 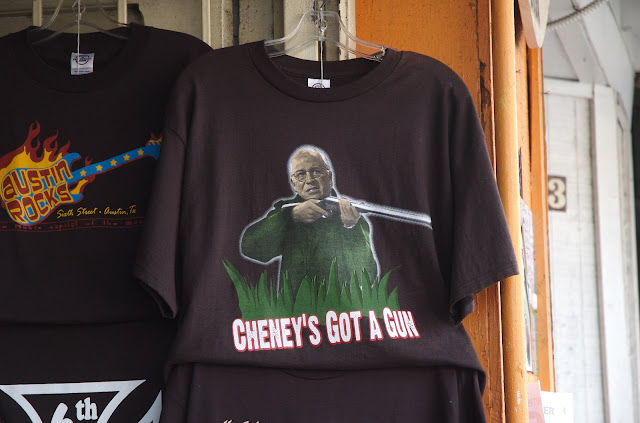 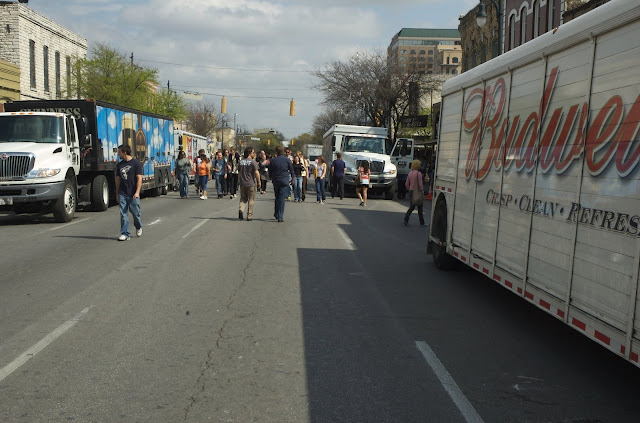 On Wednesday when they closed 6th Street, they towed away all the remaining parked cars. You can see what has taken their place. 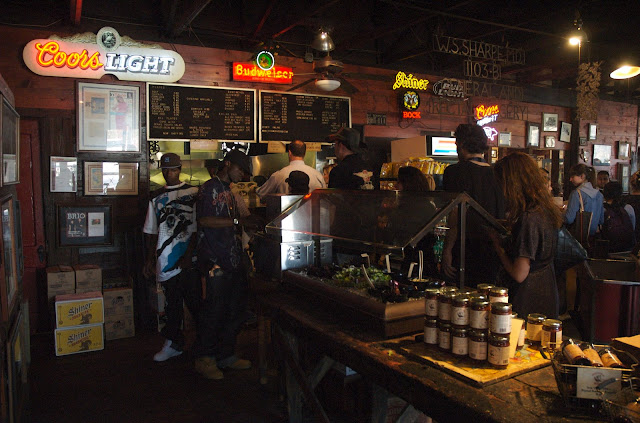 Iron Works BBQ is conveniently located next to the convention center. 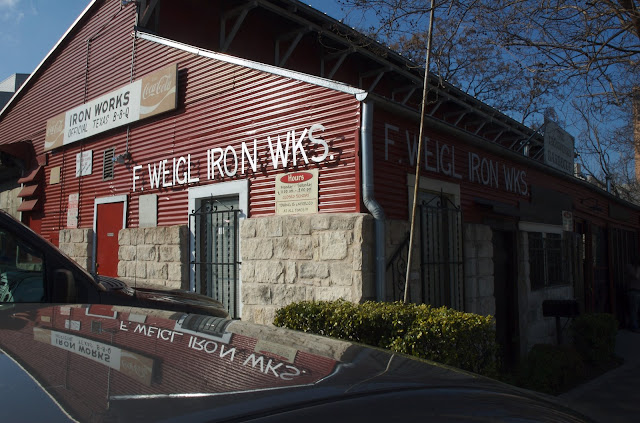